The University Centre of Excellence “Astrophysics and Astrochemistry”

Director of the Center: Piotr Żuchowski, Ph.D., professor at NCU

The main research areas of the Centre include astrophysics, quantum chemistry and theoretical spectroscopy, all of which focus on providing insights into the more in-depth understanding of the formation process of planets, stars and galaxies evolving from interstellar matter. The Centre has two groups which in a complementary way, explore the life cycle of matter in the Universe.

The defining characteristic of the Centre is the internal integration of astronomers, chemists and physicists from the Nicolaus Copernicus University and the strong international cooperation of these groups with renowned scientific centres around the world through several joint projects. 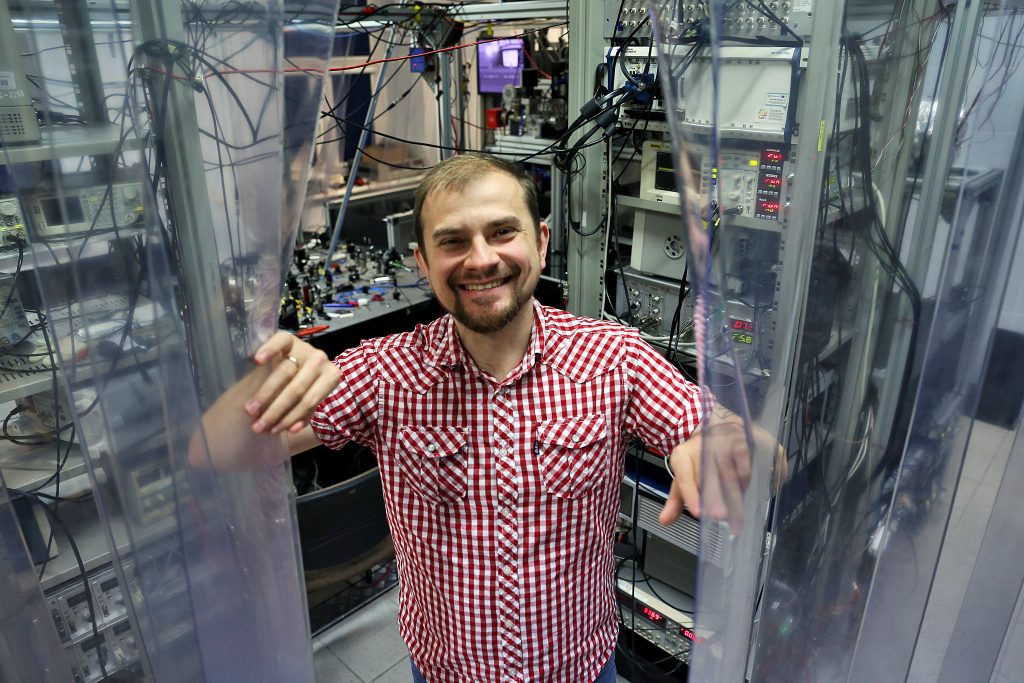 PhD. Piotr Żuchowski, Prof. UMK a graduate of the Interdepartmental Individual Mathematical and Natural Sciences Studies at the University of Warsaw, he defended his doctoral thesis at the Faculty of Chemistry of the UW in 2007. In 2007-2011, he held postdoctoral fellowships in the UK at the Universities of Durham (as Research Associate) and Nottingham (Research Fellow at the School of Chemistry). He has worked at UMK since 2011 as an Assistant Professor, and since 2017 as an Associate Professor. He is the winner of the Homing Plus return scholarship from the Foundation for Polish Science, the manager of several grants from the National Science Center, and the Ministry of Science and Higher Education. In 2012, he was honored with the Scholarship for Outstanding Young Scientists. In 2015 and 2018, he received the UMK Rector’s First Degree Award for Scientific Activity. In 2020, he was honored with the Award of the Minister of Science and Higher Education for significant scientific achievement. He has co-authored more than 60 scientific publications, including in the most prestigious physics and chemistry periodicals such as Nature Chemistry, Nature Physics and Physical Review Letters. Supervisor of 4 doctoral students (one doctoral student has already received a PhD), he supervised three postdoctoral trainees. In 2020, he was elected to the Committee on Physics of the Polish Academy of Sciences for a four-year term. Prof. Zhukovsky is scientifically engaged in the theory of intermolecular interactions, both in the development of new theoretical methods and their application. In particular, he is interested in very accurate calculations of potential energy surfaces for small, few-atom systems. In addition, for several years he has been interested in physics and chemistry at ultra-low temperatures, and the reactivity of ultracold atoms and molecules, and ways to control collisions under such exotic conditions.